To be honest, writing this post was a little weird for me. I’m not usually one to make yearly lists, both personally and professionally. I know it helps some people—and reading them as an outsider is entertaining and educational—but hasn’t really been my thing.

But, as I look into 2016, I see changes, shifts, and trends happening in digital marketing and media that I wanted to capture and keep for notes. Also, to generate conversation.

These aren’t bold predictions and they’re probably not anything radically new that you haven’t seen already. Nonetheless, these are the digital marketing trends I’m watching out for this year. Are you, too?

The hot topic you’re seeing everywhere these days, even more so after the Oculus Rift headset was made available for pre-order. When VR was even more of an elementary technology than it is now, everyone was going crazy, and for good reason. Tech and marketing folks both love new shit to play with.

But here’s the thing—VR technology still has a long ways to go due to barriers to play. Oculus requires a high-performance PC (what’s a PC?). Samsung’s headset requires an Android. Not many companies are producing content, and even so, the content quality isn’t something the general population approves of yet.

So what’s going to happen with VR? Big brands will test it out and figure out how to make it work. Early adopters will consume all the content available. But we’ll wait another year or more before VR is as mainstream as a smartphone and more companies are developing content before it really takes off. Stay tuned.

Web content is hitting an interesting point in its life. When the Internet was first a mainstream product, content was long. Then we realized we hated reading grainy text on a shaky computer screen, so we started to make it short. Then smartphones came along and we made it even shorter.

But then the tablet came around, paired with a higher-quality screen. So we started to make content a bit longer and more immersive. But most content was still short, especially on social networks.

But 2016? I think we’re going to see more longer-form content—but not a lesser quantity of short-form content. Facebook’s already doing this. Twitter’s considering it. And I bet Pinterest is testing this visually. Social networks are where many people get their news from, and they all want to keep people in their apps and owned properties for as long as possible (read: they want all the ad dollars).

Ad-blocking tech will be widely used

Marketers and publishers really screwed up a good thing, you know? We had an great opportunity to provide rich, immersive, relevant content to consumers on countless websites, but we failed them.

How? By not respecting their privacy and boundaries, by destroying their experiences on the web, and by not delivering what they needed. What they needed was to know what our brands stood for, the new products that were relevant to them, and that we care about the issues they care about. Marketing and advertising doesn’t and shouldn’t be a negative for consumers—that’s marketing’s fault for making it that way. Adam Kleinberg recently wrote a thought-provoking piece on this.

Instead, with one wrong click, we created ugly banner ads that took over the entire page with sound that we could never seem to mute, and as they say, the rest is history.

In 2016, I predict more consumers will install ad-blocking technology, causing publishers to lose billions in revenue and campaign spreadsheets to look a little sad. Marketers and publishers will find a way around this, hopefully with better experiences that are native to the platform or website and that truly take into account the needs of the consumer before the needs of the business.

As much as I hate to admit it, the Kardashians are a marketing and business machine powerhouse—and a force to be reckoned with. Their newest venture? Each one has her own app. What the hell goes in a Kardashian app, you ask? A lot, apparently.

You can get all the latest news and updates straight from the women themselves, beauty tips, recipes, videos, and so much more. Consumers are downloading the apps like crazy and paying for every one of them. I haven’t played around too much with the apps, but I’m assuming they’re also offering in-app purchases for access to even more content. Hey, the women have gotta eat, right?

And then there’s Paula Deen. Love her or hate her, she’s another one who’s playing with digital media and making it work. Her latest thing? A branded game. While the game launched in March of 2015, Paula’s pushing the game hard on her social channels as of late (I should know—I follow her everywhere). This could be due to lack of downloads and sales, or she could be ramping it up with more content. We’ll wait to see.

Other celebrities are bound to follow suit. It’s an easy way to create a new revenue stream by offering their highly-coveted content at a price. Want to know JLo’s fitness tips? How Taylor Swift prepares for every performance? Snooki’s favorite cocktails? Get ready to pay up for all that. It’s only a matter of time before we see this on a larger scale. Celebrities know their fans want to know everything all the time, and they’re willing to pay for it. It’s also another way to market themselves.

Today’s consumers want their information fast, the want it now, and they want it in every place they are. Just as with everything else, they don’t have time for apps that don’t work, don’t give them what they want, or don’t continue to wow them in new and unexpected ways.

The next evolution of apps is in suites of apps from the same company. Good examples of this are Facebook, Instagram, and Twitter. All coincidently are social networks, but they’re all killing it. Facebook has its main app that lets you do just about everything—except private messaging. You gotta hop over to Messenger for that, but even then, Messenger is now so much more than just traditional messaging. More apps are on the rise. Twitter offers its main app, Periscope for live video, Vine for six-second masterpieces. Instagram has its main app, Hyperlapse, and Layout. Even though you switch between them to do different things, they all work together seamlessly.

I predict we’ll see more brands hop on this. The connected home tribe of brands will eventually consolidate down into a smaller group and develop easier ways for us to do everything in the home whether we’re there or not. Same thing with the auto industry. And, hopefully, the news media industry.

Brands that have been killing it on the social and digital scenes in the last 3–5 years are no strangers to user-generated content (UGC) and the use of online influencers. One of my first professional gigs was helping run mommy blogger campaigns for Verizon. I thought what Verizon was giving these bloggers was a lot until I saw Verizon’s return on investment—thousands of positive brand mentions from the people consumers trust the most—their friends and the people they follow online.

And now that social networks have hundreds of millions of users (or billions of users, if you’re Facebook), there is no shortage of content created by consumers—you just have to be willing to look for it and know how to use it. Small and mid-sized brands will start using more UGC content instead of spending hundreds of thousands of dollars creating it themselves, and they’ll be using part of those savings to invest in influencer campaigns.

What makes UGC to unique is that it’s completely authentic—people either like something or they don’t, and they’re going to write about it either way. Small e-commerce companies that create their own products are seeing rapid growth on visual platforms like Instagram because of this, which in turn leads to increased sales. They find a few happy consumers to get their business started, and their name spreads like wildfire after people post about how great something like a new leather bag is. Most of the time, consumers are more than willing to let a brand repurpose their content for free. They’re just happy they know someone’s on the other side of the screen listening.

And that’s the list. What do you think? Whether you think I nailed them or am completely crazy, I’d love for you to share your thoughts with me. 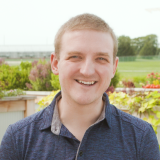 Enter your name and email address to receive my latest posts via email.